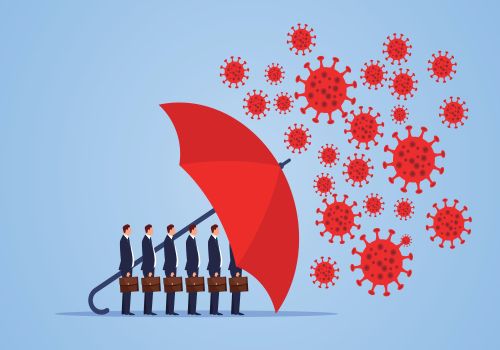 In the light of the public health situation caused by the coronavirus, below we intend to outline when, under the rules of the Hungarian law, it is generally possible to exclude liability for damages arising out of breach of the contract by virtue of “force majeure circumstances”

As a preliminary point, we emphasize that the purpose of this summary is merely to outline the general rules and to present some aspects in order to guide readers, but that qualification as force majeure must be considered on a case-by-case basis, per contract, taking into account all relevant circumstances, including also any potentially prevailing special sectoral legislation.

In connection with the rules of liability for damages for breach of the contract, Section 6:142 of Act V of 2013 on the Civil Code states the following:

“Anyone who unlawfully causes damage to others is obliged to reimburse it. He shall be exempted from this liability if he can prove that the breach of the contract was caused by a circumstance beyond his scope of control and unforeseeable at the time of conclusion of the contract, and it could not be expected to avoid the circumstance or eliminate the damage.”

These conditions are examined in more detail below.

a. Circumstance beyond the control of the defaulting party

The New Civil Code Advisory Board issued an opinion that - for the purposes of Section 6:142 of the Civil Code - how the “beyond one’s control” ground for exemption shall be interpreted, and whether or not an objective circumstance - which could not have been influenced by the defaulting party and could not have been avoided even by careful monitoring - can fall within one’s scope of control. According to this, the “beyond one’s control” reason for exemption should not be approached by the basis of attributability according to the intention of the legislator, i.e. it is by no means a matter of “careful monitoring” or attributability. In this context, the opinion sets out the following: “The mere fact that the party in breach of the contract is unable to influence or have impact on the given circumstance does not mean that the circumstance should be regarded as beyond his or her control. Consequently, an “internal” objective circumstance which was beyond the control of the defaulting party and which could not have been eliminated even by careful monitoring could also be regarded as subject to control.”

Accordingly, in cases of “internal force majeure” – which shall be essentially meant by an event or circumstance that cannot be influenced by the defaulting party and cannot be eliminated even by careful monitoring, belonging to one’s scope of activities – the Civil Code does not allow for any exemption of liability, so the defaulting party will only be exempted from liability for damages if the unavoidable circumstance is beyond his or her control.

Circumstances beyond the control of the defaulting party may not be listed in an itemized way, but certain types may be highlighted.

The second condition for exemption from liability is that the circumstance referred to in Subsection a) occurring beyond his or her own control “should be objectively unforeseeable for the defaulting party at the time of conclusion of the contract”. “Unforeseeability” should refer to the circumstance that prevents contractual peformance and not the consequences of the breach of the contract.

The performance obstacle - arising beyond the control of the defaulting party - shall not exempt from the liability for damages either, if he or she was required to count with it at the time of conclusion of the contract. In assessing the extent to which a given contracting party can count with circumstances beyond its own control, account should be taken of whether or not, “with the standards of persons in the position of the defaulting party”, a reasonably acting person could have reasonably expected the occurrence of such a case. Obviously, in this regard, it is necessary to take into account the general knowledge, the specificities of the sector or the information, the level of risk analysis which the party as a company specialized for a given activity - that later becomes the defaulting party - was or would have been required to obtain, but one should also consider what information the other party provided to him or her prior to the conclusion of the contract.

The ministerial justification of the Civil Code also explicitly mentions a case which may also be taken into account from the aspect of breaches of contract occurring due to the current epidemiological situation and intended to be exempted by referring to force majeure; namely, if the performance obstacle is constituted by the closure of a transport route or a governmental measure and “the party who undertook the obligation had to count with it at the time of conclusion of the contract objectively, i.e. with the standards of persons in the position of the defaulting party”, then such a performance obstacle occurring beyond the given party’s control does not serve as a reason for becoming exempted from liability either.

With regard to this condition under this Subsection b), it should be emphasized that foreseeability must be specifically examined in respect of the time of conclusion of the contract.

c. Was it possible to expect the avoidance of the circumstance or the remedy of the damage?

The third conjunctive condition for exemption is that it should not be possible to expect of the defaulting party to circumvent the circumstance that prevents the contractual performance or to eliminate its “damage consequences”.

It is essential that, contrary to the unforeseeability of Subsection b), this condition be examined at the time of the breach of contract.

Therefore, based on the above - perhaphs a little dry - derivation, it can be seen that in order to be able to refer to force majeure, or to allow for this reference for the defaulting party to become exempted from the legal consequences of the breach of the contract, it is not at all sufficient to refer to the publicly known epidemic or public health situation, general trade restrictions existing in distant countries, etc., but there should also be a substantive and itemized examination of the fulfilment of the conjunctural conditions detailed above.

To sum up – and simplify – the above, it is therefore necessary to examine whether or not:

If the answer is NO to any of the three questions, no relief from the liability for damages is possible.

In general, it is common that the defaulting party refers to publicly known events which are considered to be force majeure events according to the public way of thinking, at the time of announcing the obstacles in his or her performance; however, when referring to a force majeure event, it is in the interest of both Parties to substantively examine from their own aspects the extent to which the conjunctive conditions according to the Civil Code exist, and what exactly is provided for by the relevant provisions in the given contract. In the forthcoming months, it is expected that, in many cases, the most frequent reference made by the defaulting parties will be the delay or failure in performance due to the “coronavirus situation” as the cause of their breach of contract. In such cases, the Parties must ask the above questions from themselves before submitting their “request for exemption” or its “acceptance”, acknowledgement. In order for any of the Parties to be able to provide an answer that is “in-depth” - from their own aspect - to the “basic questions of exemption”, they should consider on the merits, for example, that:

(In connection with these aspects, “orientation questions”, we emphasize that they are espressly provided in this material only for reference purposes, as a clue, so an examination is required in each case, taking into account the specific features of the given contract and its force majeure-related provisions.)

According to our standpoint, it is in the elementary interest of the defaulting party to provide the other party - at the time of reporting the circumstance preventing the contractual performance - with a substantive record of the causal links that provides the basis for exemption from liability; while attaching documents and information supporting his arguments. On the other hand, it is in the interest of the party suffering the breach of the contract to require the same certificates or proofs. (This is particularly true for contracts awarded on the basis of public procurement, subject to the provisions included in Section 142 of Act CXLIII of 2015 on Public Procurement, and it is of great importance in the case of investments made out of subsidies, the contracts of which are usually concluded based on public procurement; however, the possibility of partial or total loss of the subsidy is another aspec of this problem.)

In general, it is also justified that the Parties specify in their contracts the rules and procedural order governing the occurrence of force majeure events in an as accurate way as possible; in connection with this, it must be taken into account that the analyzed provision of the Civil Code is a dispositive rule, i.e. the Parties may deviate from it, thus, contractual provisions may be fixed also in relation to the exemption possibilities, which may differ from the provisions included in the Civil Code (they can be either stricter or more permissive). Such provisions may be reciprocal and may have the same content on both parties, but the possibility of asymmetric regulation shall not be excluded either. However, all of this should be treated with caution, in that the inclusion of too unilateral and unreasonably strict contractual clauses would violate the basic principle of good faith and fairness, and the prohibition of abuse of rights set forth in the Civil Code; the occurrence of grounds for invalidity pursuant to the Civil Code may also render such provisions invalid.