Summary of the prohibition of submitting multiple tenders or requests to participate - or can the former competing tenderer be included in the performance? 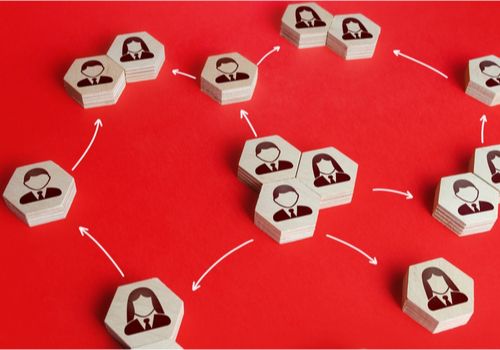 In relation to this issue the stipulations of Article 36 (1) of the Act CXLIII of 2015 on Public Procurement (hereinafter referred to as the “Kbt.”) shall prevail, which provides as follows:

„In accordance with the stipulations of Article 36 (1) of the Kbt. In the course of the same procurement procedure or, in the case of a possibility of division of a contract into lots the contract concerning one lot, the tenderer or the candidate

In this context, Article 36 (1) (b) of the Kbt. prohibits a tenderer or candidate to participate as a subcontractor in the procedure for the same lot of the contract. However, apart from this prohibition and the prohibition of subcontracting pursuant to Article 65(10) of the Kbt., the aforementioned Act does not contain any other express restrictions on subcontractors. Thus, the same economic operator may therefore be a subcontractor in several tenders or requests to participate, or may prove the suitability of several tenderers or candidates, subject only to the principles laid down in Article 2 of the Kbt. (e.g. the principles of fairness and transparency of competition). Otherwise, if it can be established that the economic operators concerned by the prohibition of submitting multiple tenders or requests to participate have infringed Article 36 (1) (b) of the Kbt., all the tenders concerned shall be declared invalid pursuant to Article 73 (1) (e) of the same Act.

The contracting party as tenderer shall use the organisation involved in the proof of its suitability for performance in accordance with the undertaking presented in the procedure in accordance with Article 65 (7) of the Kbt., and in the cases and in the manner provided for in Article 65 (9) thereof, and shall involve in performance the experts presented for the proof of suitability [see Article 138 (2), first sentence of Paragraph 2 of the Kbt.].

In other respects, in accordance with the stipulations of the first sentence of Article 138 (3) of the Kbt., the right of the tenderer to involve subcontractors shall not be limited by the contracting authority, except if the tenderer has exercised the option under Article 65 (10) of the Kbt. during the public procurement procedure.

The Public Procurement Authority of Hungary has also commented on the issue in its Resolution No. 1 published in issue No. 1 of the Közbeszerzési Értesítő Plusz online public procurement bulletin for 2021, in which the Authority draws attention to the fact that the principles under Article 2 of the Kbt., in particular Article 2 (1) and (3) thereof, shall be taken into account in the case of the involvement of a subcontractor, and that the provisions of Article 36 (2) or (3) shall not only apply to situations referred to in Article 36 (1) of the Kbt., but also in any case where an unfair restriction of competition may arise, so that economic operators participating in the performance of the contract shall act with increased caution, in particular if they intend to subcontract the performance of the contract to a previous tenderer who has participated in the public procurement procedure.

Should it be brought to light that the successful tenderer has already agreed during the public procurement procedure with the other tenderer subsequently involved as a subcontractor on the use of the latter as a subcontractor, the contracting authority shall lodge a notification or a complaint against the economic operators concerned with the Economic Competition Authority pursuant to Section 36 (2) of the Public Procurement Procedure Act or with the Hungarian Competition Office pursuant to Article 36 (3) of the Kbt. Furthermore, the Minister responsible for public procurement procedures or for the use of European Union funds shall be entitled to transmit to the Economic competition Office any data available to him/her - except for classified data - through the monitoring of the public procurement procedure, contract, works concession or service concession concerned or any amendments thereto when notifying the Economic Competition Office under the rules of Act CXXIX of 2017 on the Amendment of Act LVII of 1996 on the Prohibition of Unfair and Restrictive Market Practices and of Certain Related Legislative Provisions (hereinafter referred to as the "Tpvt.") on notifications or complaints.

Examination of the same issue can also be relevant in the context of the reopening of a competition and the subsequent performance of individual contracts, such as:

In its Resolution No. 1 published in the already cited issue No. 1 of the Közbeszerzési Értesítő Plusz online public procurement bulletin for 2021, the Public Procurement Authority took the following position, which should be followed in the daily application of the law:

The provision under Article 36 (1) of the Kbt. is an express provision of Chapter IV of the Kbt. entitled "Rules Pertaining to the Participants of Public Procurement Procedures", which is not expressly provided for in Article 105 (5) of the Kbt. The "first part" of the framework agreement is a public procurement procedure, the "second part" is not a public procurement procedure but the realisation of the procurement [Article 104(2) of the Kbt.], for which in certain cases the Kbt. contains special provisions [for example, in the case of reopening of competition, see Articles 105 (3) to (5) of the Kbt.], in other cases, such as in the case of direct award, the provisions of the framework agreement apply.

The principles laid down in the Kbt. shall also apply to the reopening of competition under a framework agreement, in particular as regards the definition of objective criteria. In other respects, the rules governing the conduct of the public procurement procedure (e.g. the prohibition of submitting multiple tenders or requests to participate) have an impact on direct awards in that these rules shall be enforced during the public procurement procedure preceding the framework agreement. At the same time, however, the need to ensure adequate competition shall also be enforced during the reopening of the competition after the public procurement procedure has been conducted, and the Public Procurement Authority is of the opinion that the principles under Article 2 of the Kbt. should also be taken into account during the reopening of the competition under the framework agreement. This is particularly important in order to ensure effective competition until the award of individual contracts. Thus, where a framework agreement has been concluded with several consortia, a member of one consortium can be a subcontractor in the tenders of another consortium submitted during the reopening of competition, provided that its participation in this way is not likely to infringe the principles laid down in Article 2 of the Kbt. in particular those set out in (1) of the same paragraph.